Unemployment Continues to Hold at 3.1% for December

“For five months now, our unemployment rate has held steady at 3.1%,” said Washington. “We all know of the challenges facing today’s workforce, most of which are still pandemic related, and we’re grateful that Alabama is weathering these challenges. Since last year, more than 36,000 people are no longer counted as unemployed, and we saw more than 7,000 additional people shift to the employed column since last month.” 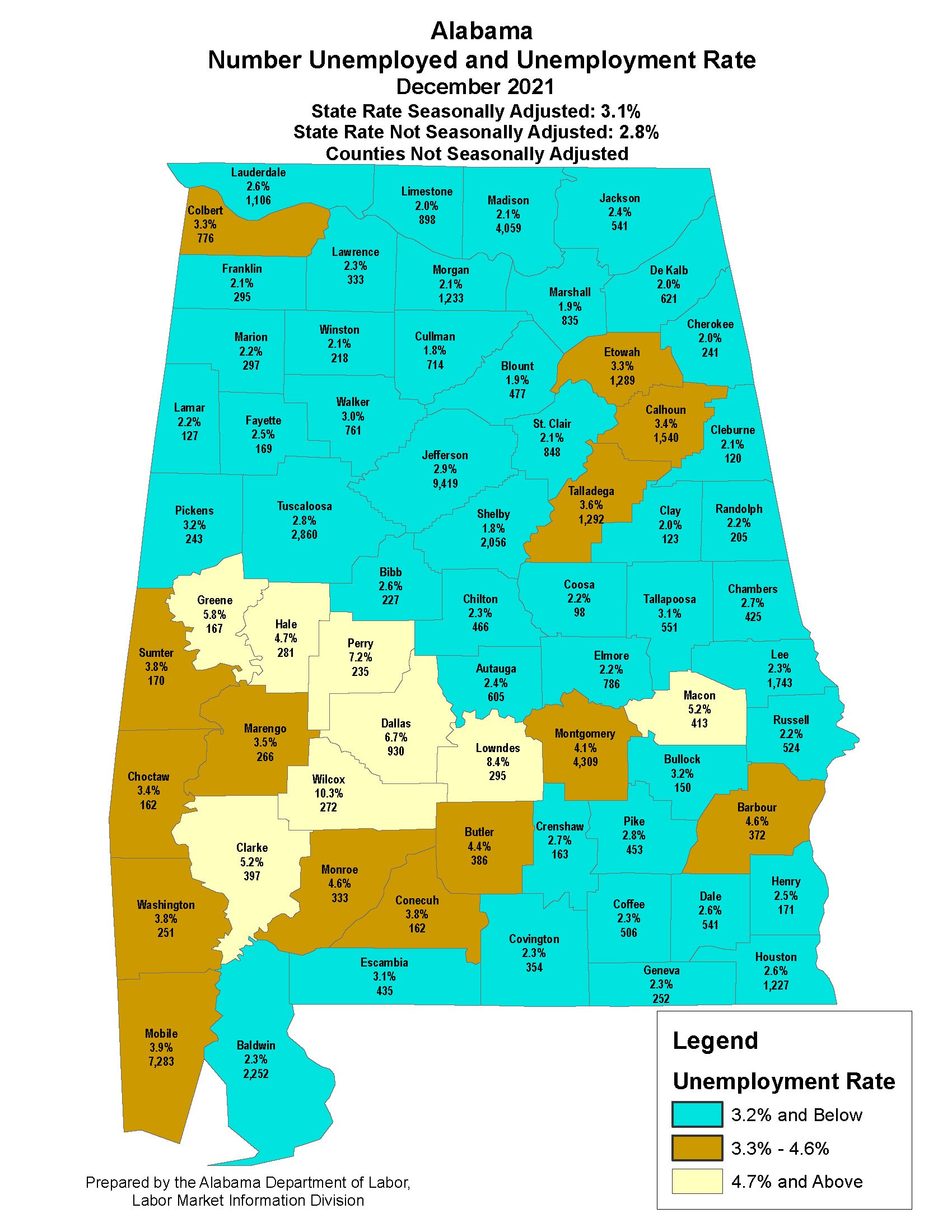