MONTGOMERY – Alabama Department of Labor Secretary Fitzgerald Washington announced today that Alabama’s preliminary, seasonally adjusted October unemployment rate is 3.1%, unchanged from September, and well below October 2020’s rate of 4.7%.  October’s rate represents 67,829 unemployed persons, compared to 68,576 in September and 107,301 in October 2020. This is the lowest number of unemployed persons recorded in 2021.

“October’s unemployment rate held steady this month, despite ongoing pandemic related hiring struggles, and we actually dropped to the lowest number of unemployed people so far this year,” said Washington. “The labor force showed some positive growth this month, which is definitely welcome news as we begin to shift into the holiday hiring season. For more than a year, Alabama has proven that we will return to our pre-pandemic economic successes.”

Wage and salary employment increased in October by 28,700.  Monthly gains were seen in the professional and business services sector (+6,400), the leisure and hospitality sector (+5,600), and the education and health services sector (+4,700), among others.

“The continued growth of wage and salary employment tells us that businesses in Alabama are hiring, and hiring steadily,” continued Washington. “In October, our economy was supporting more jobs than at any other time in 2021.  In fact, we’re within the 30,000-job range of breaking the all-time record high jobs count.  As hiring increases even more for the holidays, I’m hopeful we’ll soon be announcing that we’ve broken that record yet again.” 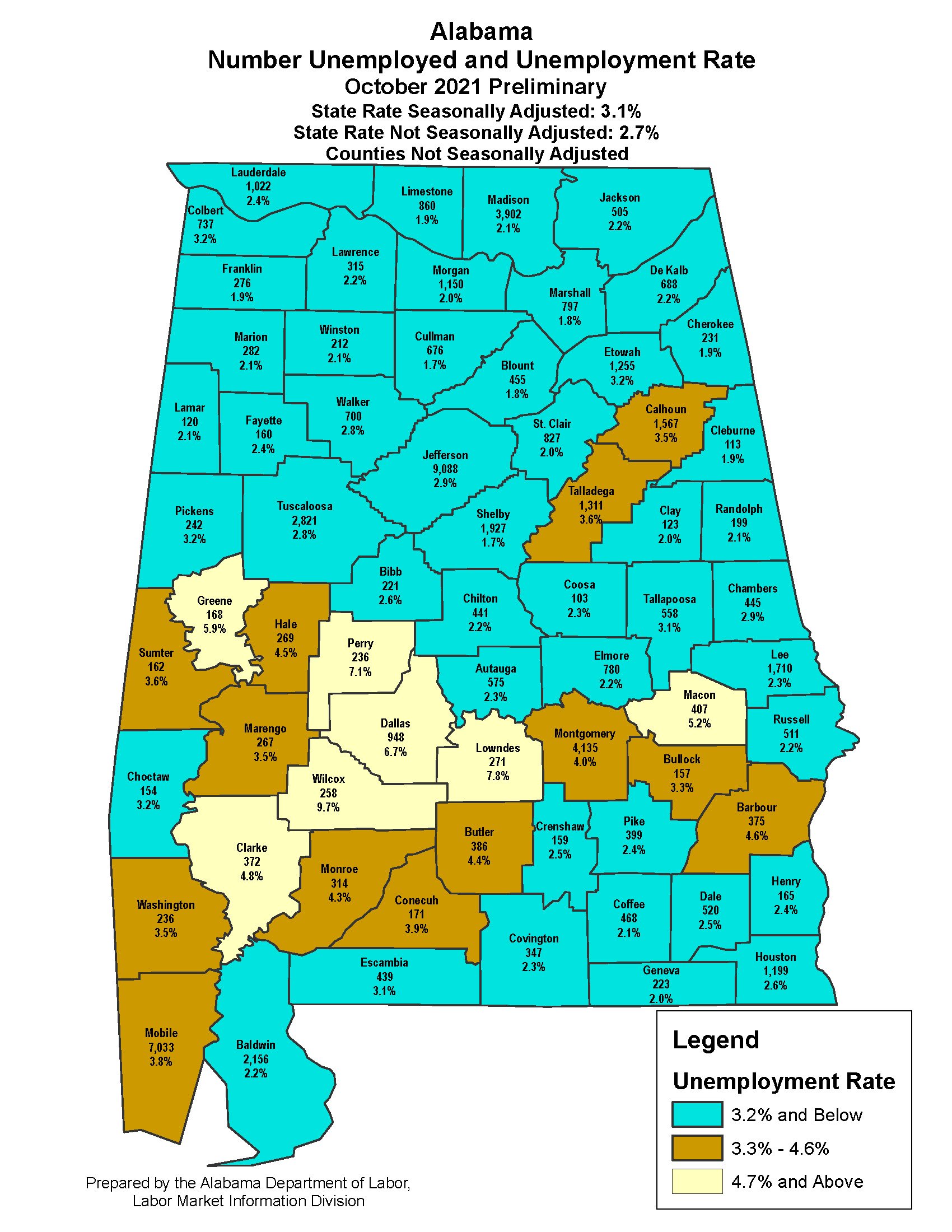