“Alabama has been on a roll as our folks have been eager to get to work, and the fact that we have once again hit our record low unemployment rate is proof positive of that,” said Governor Ivey. “We are not relenting our efforts, and I am confident Alabama will continue powering in the right direction because of our hardworking men and women. Truly, the best is yet to come.”

“At no point in Alabama’s history have we recorded fewer people as unemployed,” said Alabama Department of Labor Secretary Fitzgerald Washington. “Alabamians are working, businesses are hiring, and we are getting back to normal with every passing month.”

Wage and salary employment increased in March by 3,800. Monthly gains were seen in the government sector (+2,500), the construction sector (+2,200) and the leisure and hospitality sector (+2,200), among others.

“We are continuing to see healthy job growth, with more than 40,000 jobs gained since last year,” continued Secretary Washington. “Wages in several sectors saw growth again this month, and two sectors reached an even higher record since last month.”
The construction sector and the professional and business services sector once again attained new record high weekly wages, with yearly increases of $104.19 and $124.52, respectively. 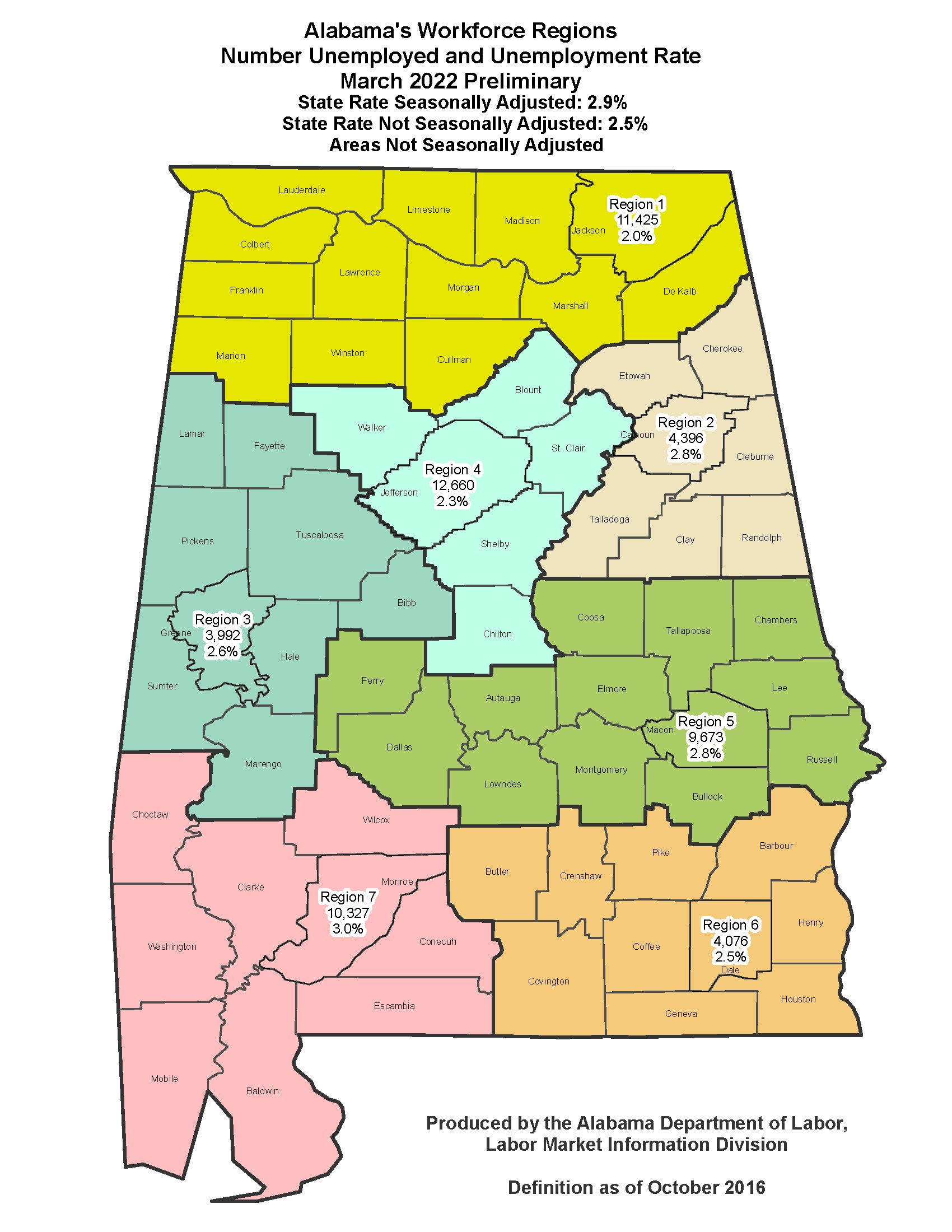