MONTGOMERY – Alabama Department of Labor Secretary Fitzgerald Washington announced today that Alabama’s preliminary, seasonally adjusted March 2021 unemployment rate is 3.8%, down from February’s rate of 4.0%, yet above March 2020’s rate of 2.6%. March’s rate represents 84,670 unemployed persons, compared to 91,041 in February and 57,895 in March 2020. Alabama is comfortably below the national average of 6.0%.

“Once again, our unemployment rate is the lowest it’s been since the pandemic began.  We’re still not where we were before, but tremendous progress is being made,” said Washington. “We have more jobs in March than we’ve had all year, and we’re seeing monthly wage growth in several industries.”

Over the year, wage and salary employment decreased by 50,900 with the biggest losses in leisure and hospitality (-18,000), education and health services (-11,800), and government (-7,300), among others. Annual gains were seen in trade, transportation, and utilities.

“As the unemployment rate steadily drops, our focus must turn to the number of people still unemployed in Alabama. ADOL launched its 53rd Career Center in Washington County on April 6. This new center furthers our efforts to serve EVERY county in Alabama,” said Washington. “Our career centers stand ready to assist the unemployed in getting back into the workforce by providing training, educational assistance, and assistance in finding and applying for jobs.  We can also assist employers with their hiring needs.” 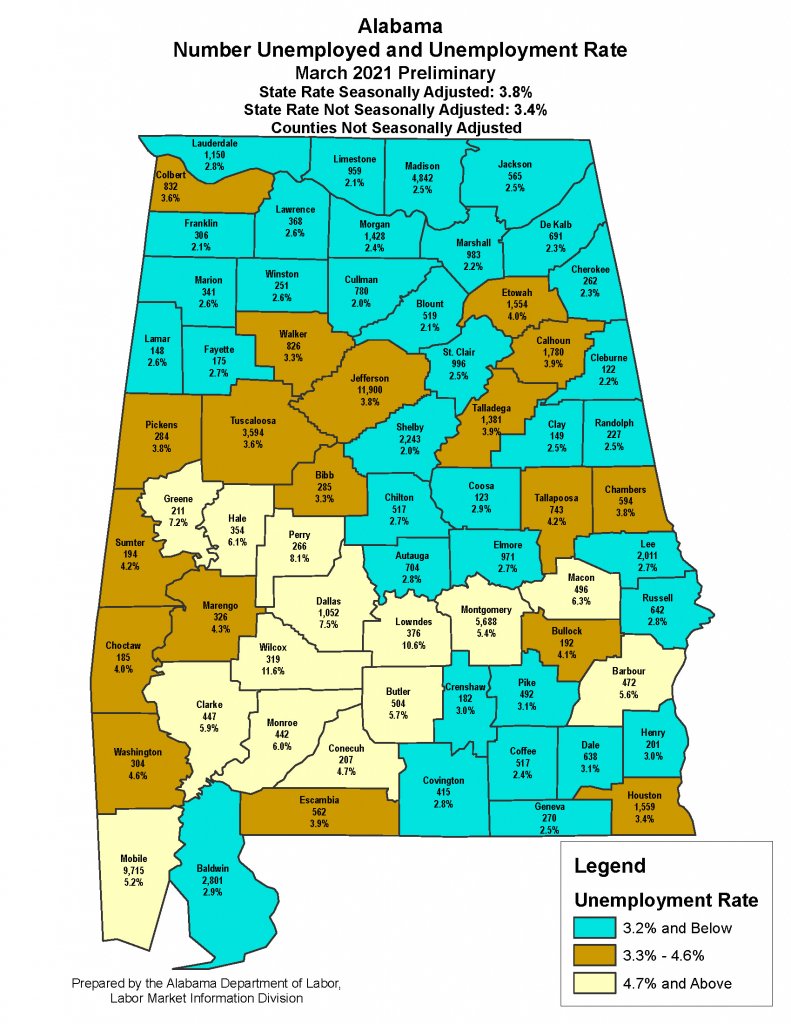 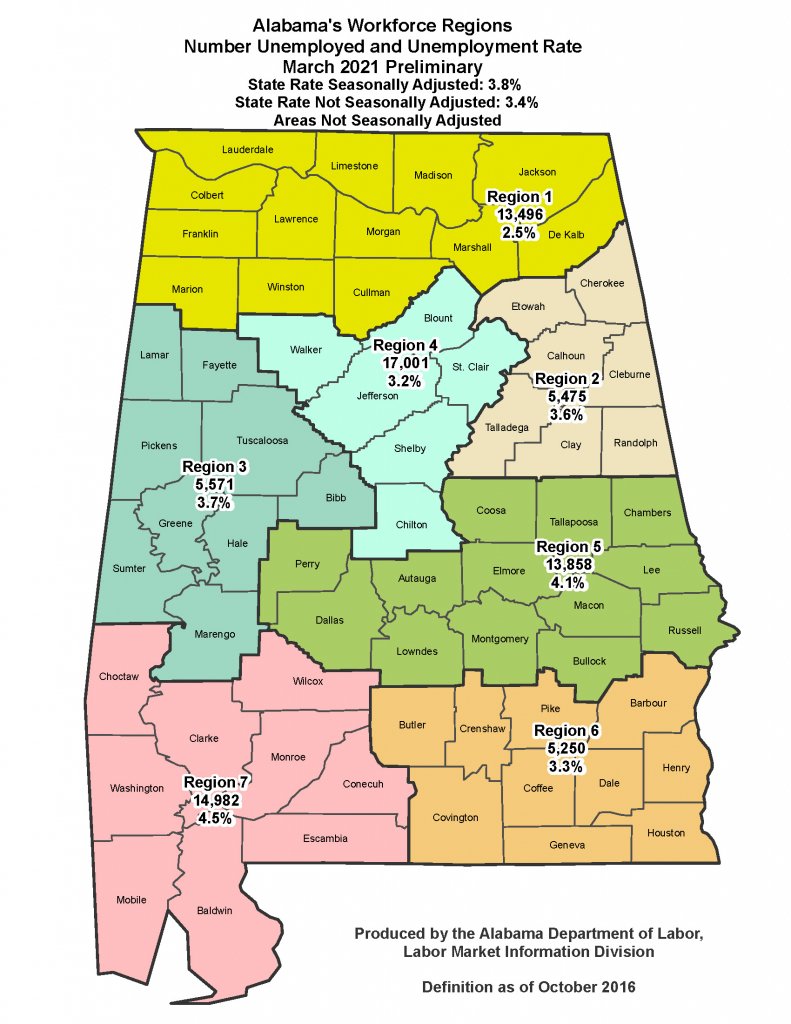