“More than 80,000 Alabamians are working today than last year, and 20,000 fewer people are counted as unemployed. Our economy is supporting over 2.1 million jobs, more than ever before,” said Governor Kay Ivey.  “Those are tremendous numbers, and we are extremely proud of them.  We continue to show the rest of the country that Alabama is indeed open for business! Employers have confidence in our economy and jobseekers who are joining the workforce are finding employment.  Just yesterday, we celebrated Hyundai Motor Manufacturing of Alabama’s expansion which will add 200 new employees. This adds to the steady announcements we are making every month, and we will continue working hard to bring those jobs home, so that every Alabamian who wants a job, will have one!”

“Alabama has never experienced an unemployment rate in the two percent range,” said Secretary Washington.  “While we have been breaking unemployment records all year, I have to say that this is one metric we really weren’t sure we’d ever surpass, but we have!”

The number of people in the civilian labor force increased to 2,264,014, also a new record high, representing an over-the-year increase of 60,068.

“For the ninth month in a row, Alabama has met or surpassed national job growth,” continued Secretary Washington. “In October, manufacturing employment is at its highest level in more than a decade and record high employment was recorded in the professional and business services sector.”

Wage and salary employment increased in October by 7,900.  Monthly gains were seen in the trade, transportation, and utilities sector (+3,100), the professional and business services sector (+3,000), and the government sector (+2,600), among others. 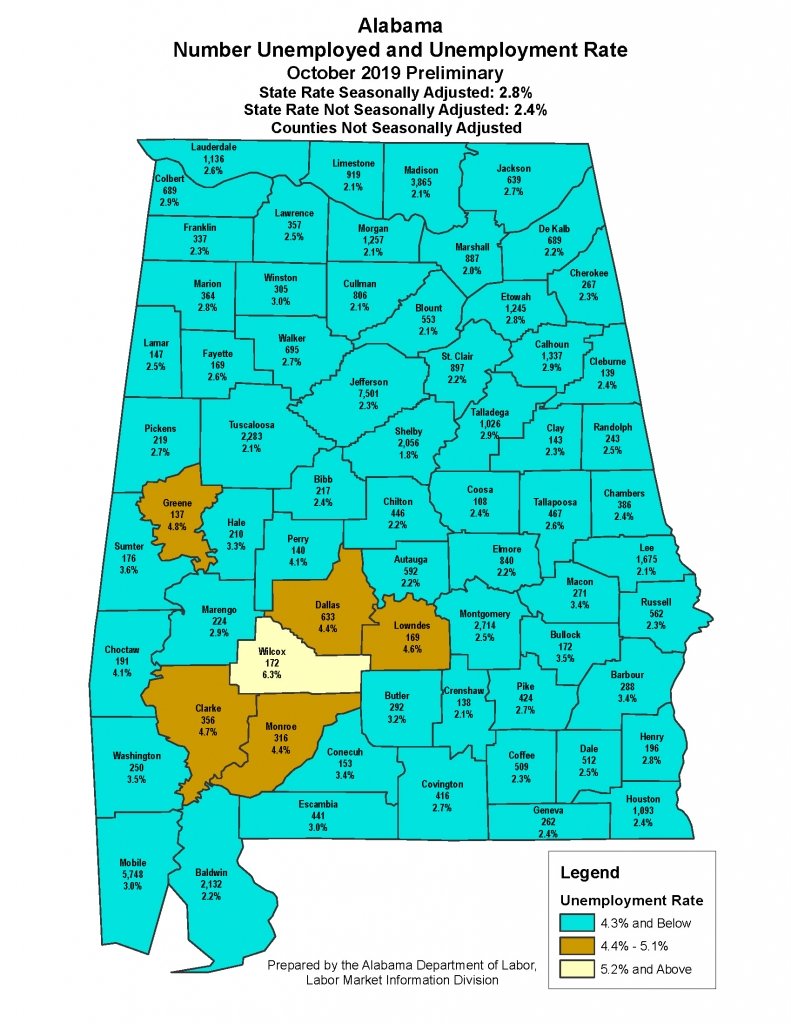